After 10 years of discussions, a typical, beech-covered area of the Transdanubian Mountains was finally given protection.
The protection was justified by the relative intactness of this 8,754-hectare-large area, 84% of which is covered with native forests.

The Magas-Bakony Landscape Protection Area is also a geologically notable part of the country. We find more than 30 caves here, the most significant ones being Odvaskő in a side branch of Gerence Valley, Ördöglik ("The Devil's Hole") under Kőris Hill and the Big and Small Pénzlik under Nagy Som Mountain near Pénzesgyőr. The karst field between Szárazgerence and Mély Valleys is the largest doline area in the Bakony with its 100 depressions. The series of travertine dams downstream of the Judit Spring in the Szömörke Valley is an interesting geological feature. It is similar in size to the travertine "stairs" of the Szalajka Valley in the Bükk Mountains.

The marble quarry of the Márványkő Valley below the Kőris Hill was opened for the Esterházy domain towards the end of the 1700s. The Baroque lions in front of the castle of Pápa and several other beautiful decorations of the buildings of the domain were carved from this characteristic, hard pink stone.

70% of the forests of the area are hornbeam-beech groves, mixed with ash, maple, little- and large-leaf linden and cherry. The highest parts of the beech forests, 500 m above sea level, are alpinelike, mixed with mountain elm, maple and ash. The most beautiful of there are found on the Kőris, Kék and Parajos Hills. The white rump woodpecker is a characteristic rare bird of there forests. This is the only place in Hungary where it nests. The very rare black stork, the raven, the number of which is increasing, and the endangered lanner also nest here.

Spurge-flax daphne is the evergreen undergrowth of the beech forest. The Boroszlán Study Track, completed by the Directorate in 1994, starts from the Gerence Valley, and winds its way, touching Odvaskő, up to below the peak of the Kőris Hill and turns back from the Rézbükk road. It provides good insight into the flora, fauna and geological features of the Bakony Mountains with a series of information boards set up at 8 stops along its way.

We find ravine forests with lunaria, Phyllitis scolopendrium and Anthriscus nitida in the deep valleys (Bécsi, Fehérkő, and Szarvad Canyons) and forests of ash and linden on the rocky sides of the mountains. Groves of alder follow the valleys of the creeks (Gerence, Somberek-Séd). On the northem sides of the ridges, freely exposed to the elements, we find the most interesting forest association of the Bakony Mountains: the mixed karst forest of ash, beech and various sorbtrees. The Hungarian brome-grass grows in an area of some square meters in the Cotinus coggygria and downy oak forest of the Odvaskőhát. This is the only place in Hungary where it is found.

There is a range of other rare plants in the valley of the Fekete-Séd, nearby Tisztavíz Spring (orobanche) and in the treeless southern side of Nagy Som Mountain (Orchis pallens, Dactylorhiza sambucina). In the clear water of the Séd Creek we can still find stone crayfish and in the cool beech groves Rhopalopus and alpine newt.

In the heart of the Bakony a Benedictine monastery was founded in 1018. St. Gellért, the missionary who converted the Hungarians to Christianity, lived as a hermit near Szentkút. The Forestry Authority of the Ministry of Agriculture and the Directorate housed a forestry and nature conservation interpretation centre in the old barn of the monastery, which also commemorates the once famous local wooden-tool-carving craft. 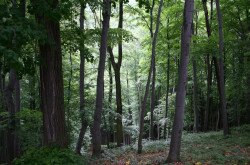 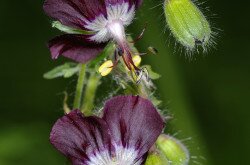 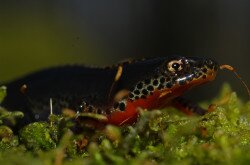 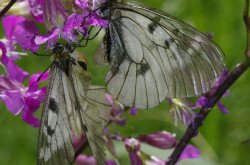 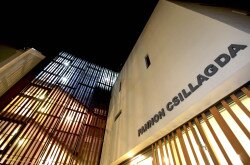 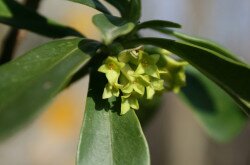 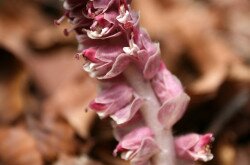 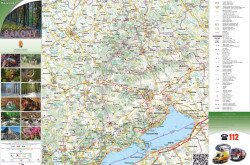