The most characteristic part of the Balaton Uplands was granted protection - perhaps at the last moment - when a protected landscape area in the Káli Basin was established in 1984 on an area of 9,111 hectares. 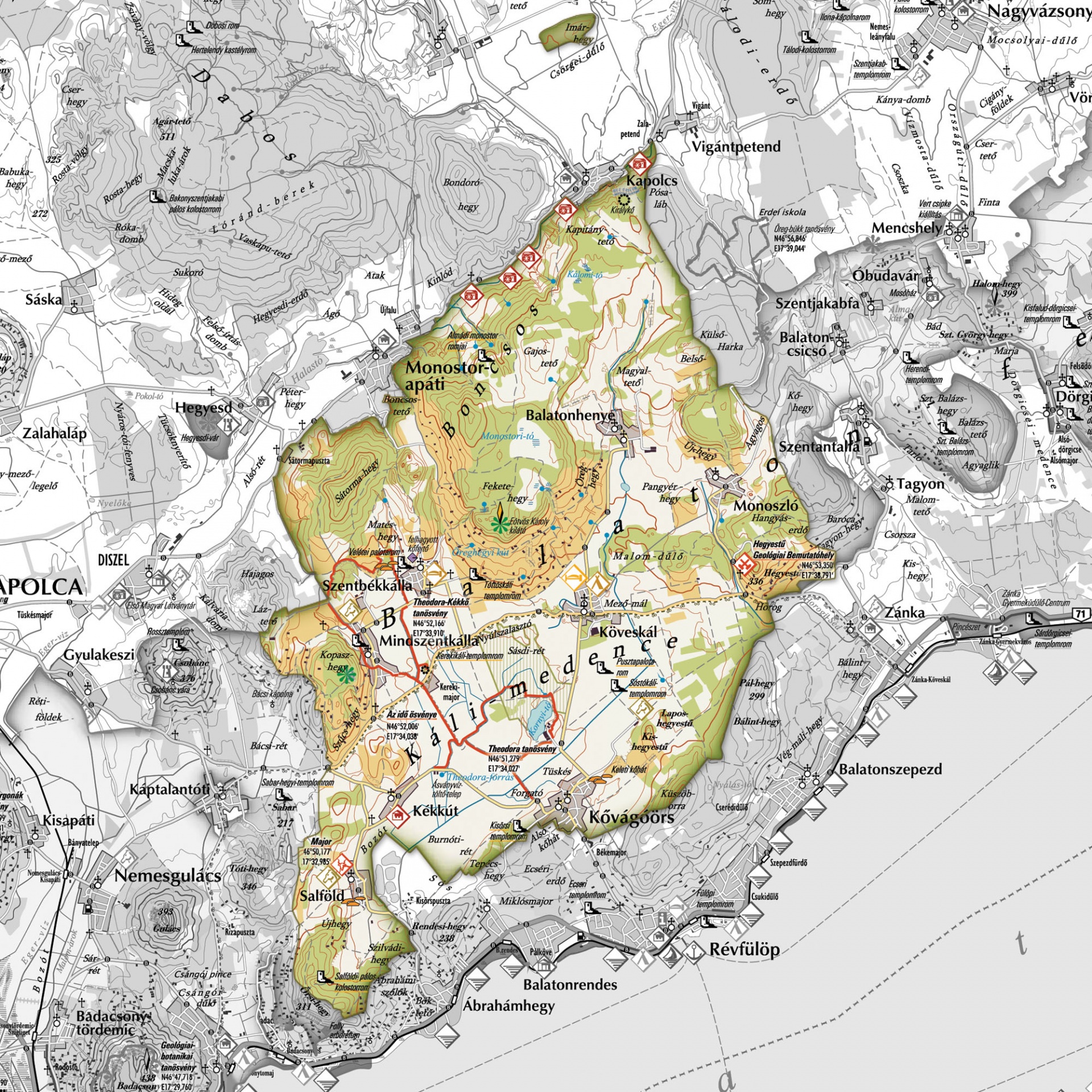 Geological features of the area contribute to its outstanding natural values. Its geological structure is extraordinarily varied: we find Permian red sandstone mountains in the south, huge basalt mountains in the north, sandstone conglomerates in the west, limestone and dolomite in the east and in the middle of the basin. The basalt mountains stretch to the northern edge of the area in a broad plateau, to the valley of the Eger Creek.
Several basalt cones emerge from the level of the basin (Hegyestű, Kis-Hegyestű, Lapos-Hegyestű, Kereki Hill etc.). In the middle of the basin, dolomite and limestone ridges cross wetlands and surround the 15-hectare-large Kornyi Lake. The block fields near Salföld, Kővágóörs and Szentbékkálla, where millstones were cut and carved for hundreds of years, are geological values famous throughout Europe. The most beautiful is the rocky ridge of Szentbékkálla, which has survived almost intactuntil the present day.
The bogs of the area are of outstanding botanical value. In the Sásd meadows west of Köveskál, we find the largest population of a rare subalpine primrose; this plant can only survive in cool and humid places. In 1992 nature conservation experts undertook habitat reconstruction by placing wooden locks here, to prevent the bogs from drying out. Since 1983 the directorate preserves the rich flora of the wetland of Tódi-kút in Kővágóörs by a water supply system operated by a wind mill. Floating sphagnum has survived from the Ice Age in two bogs of the basalt plateau of Fekete Mountain. There are several protected orchids, gentian and iris in the bog meadows of the mountain.
The forests on the mountain tops also show a great variety of plants. We find diverse forests in the area: from acidophilic oak-forests (e.g. at Küszöborra) and villous oaks mixed with sumac (Köves Hill) to the linden groves on basalt talus slopes (Balatonhenye Madár Forest), the forests of Turkey oaks which are extremely rich in plant life (Sátorma Hill), and beech forests mixed with bornbeam in the northern slopes (e.g. the valley of the Eger Creek).

The many church towers of the seven villages, the wine cellars and the signs of a variety of agricultural work, vineyards, meadows and ploughlands, constitute a special landscape in the Káli Basin.
The interpretation and show centre of the Balaton Uplands is being built at Salföld, where it is surrounded with the relics of popular village architecture, vineyards, medieval buildings, churches, ruins of long deserted villages, bog meadows and lakes. Work started in 1994. The Directorate builds a show-farm for breeding the ancient domesticated animals: Hungarian gray cattle, water buffalo, "racka" (twisted horned) sheep, and "mangalica" (curly bristle) pig. The farm is on the site of a former cooperative manor.
Since the Káli Basin became a protected area, local governments of the region have been able to preserve their old and historic buildings more effectively. The National Park Directorate has maintained pastures, mown fields, cut the vegetation around the ruins of old buildings, and cleaned several springs. Village tourism is increasing in the area. Reconstruction of the vineyards on the hills requires hard work, and restoring the reputation of the wines of the Káli Basin is yet to be accomplished, but what has been achieved so far in nature conservation and landscape protection is an encouraging start. 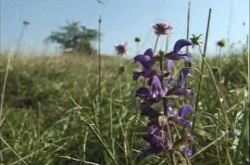 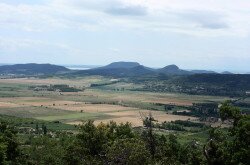 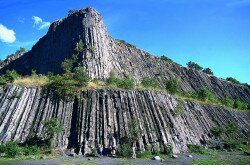 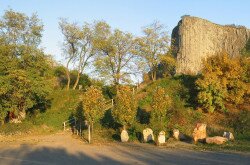 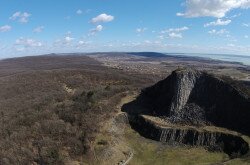 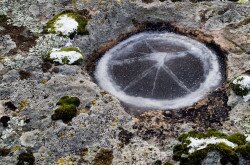 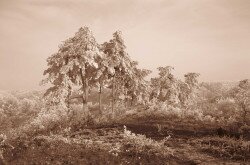 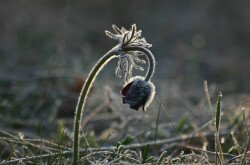 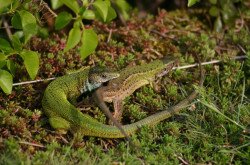 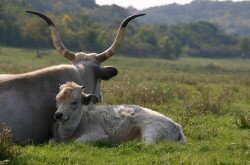 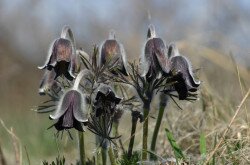 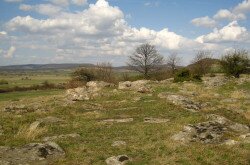 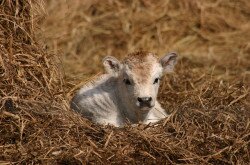 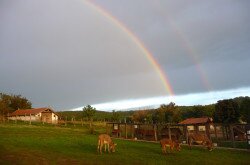 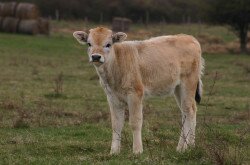 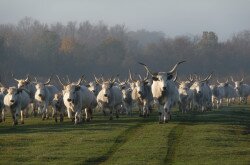 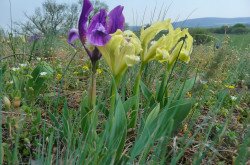 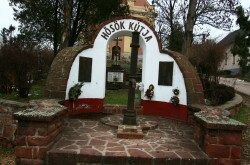 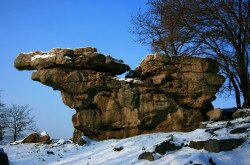 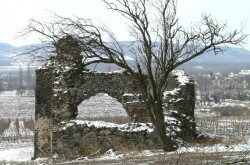 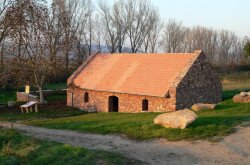 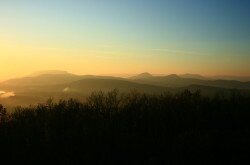 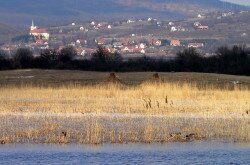 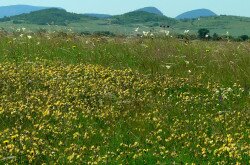 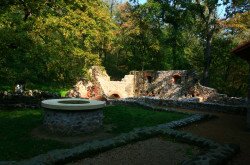 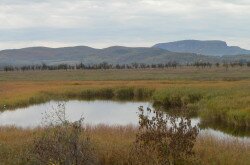 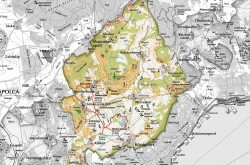