The ticket office closes 60 minutes before the closing time of the Kotsy Watermill!

The admission fee includes VAT and the fee of accident insurance of visitors.

Zalaszántó village is surrounded by a wonderful landscape environment. It is here in the Szántói Basin that the dolomite and limestone Keszthely Mountains meet the basalt-volcanic areas of the South Bakony and the Balaton Uplands. To the south one can see the ruins of Rezi Castle, whilst to the north-east are the ruins of the Tátika Castle. The region has been part of the Balaton Uplands National Park since 1997.

The mill is situated in a small street that opens opposite the Tátika pub.

The first authentic document about Zalaszántó dates back to 1236. There was a place called Zamtho (Zamtow) which was bequeathed to the Veszprém Church by its first known landowner Bishop Zaland in the second half of the 13th century. Within the name of the village the Szántó derives from word "szánt" meaning ploughing, which implies that farming, serving people lived here. During the 15th century it became one of the major sites for the Zala county legists' meetings. During this period it gained the title of market town. The district named after it incorporated several villages (Zsid, Rezi, Kovács, and Hidegkút) it was totally destroyed under Turkish rule. From the 18th century the settlement became the estate of the Festetics family. At the beginning of the 20th century there was a steam-driven mill and a water mill operating in the village, and in 1930 an industrial circle was formed.

Historic retrospection:
Built by János Major the water mill became the property of Nándor Kotsy during the 20th century, hence its name. The mill wheel was turned by water from the "Kovácsi" or "Zerna" stream, which originated nearby. The mill was rebuilt in the early 1950-s, however the planned modern milling technology was never realised. Only a single grinder was fitted, so from then on the mill was only engaged in grinding.
For a short while the grinder was first driven by a single overshot water wheel, then it was converted to engine drive, and later it was electrically driven.
In 1960 even the grinding ceased. In January 2000 the Directorate of the Balaton Uplands National Park purchased the neglected building from Nándor Kotsy, and in 2003 within the frame of a Hungarian-Swiss co-operation, with the support of the Ministry for the Environment and Water, the Directorate restored the building and by 2004 reached the stage where the mill could be presented to the public.

Did you know?
- In 1876 Zalaszántó was registered as having four water mills and one crushing-mill for oil seed, and in 1920 the village had two steam driven mills and two water mills.
- Early documented evidence shows that even during Turkish times there was a water mill on the site of the present "Kotsy Mill". 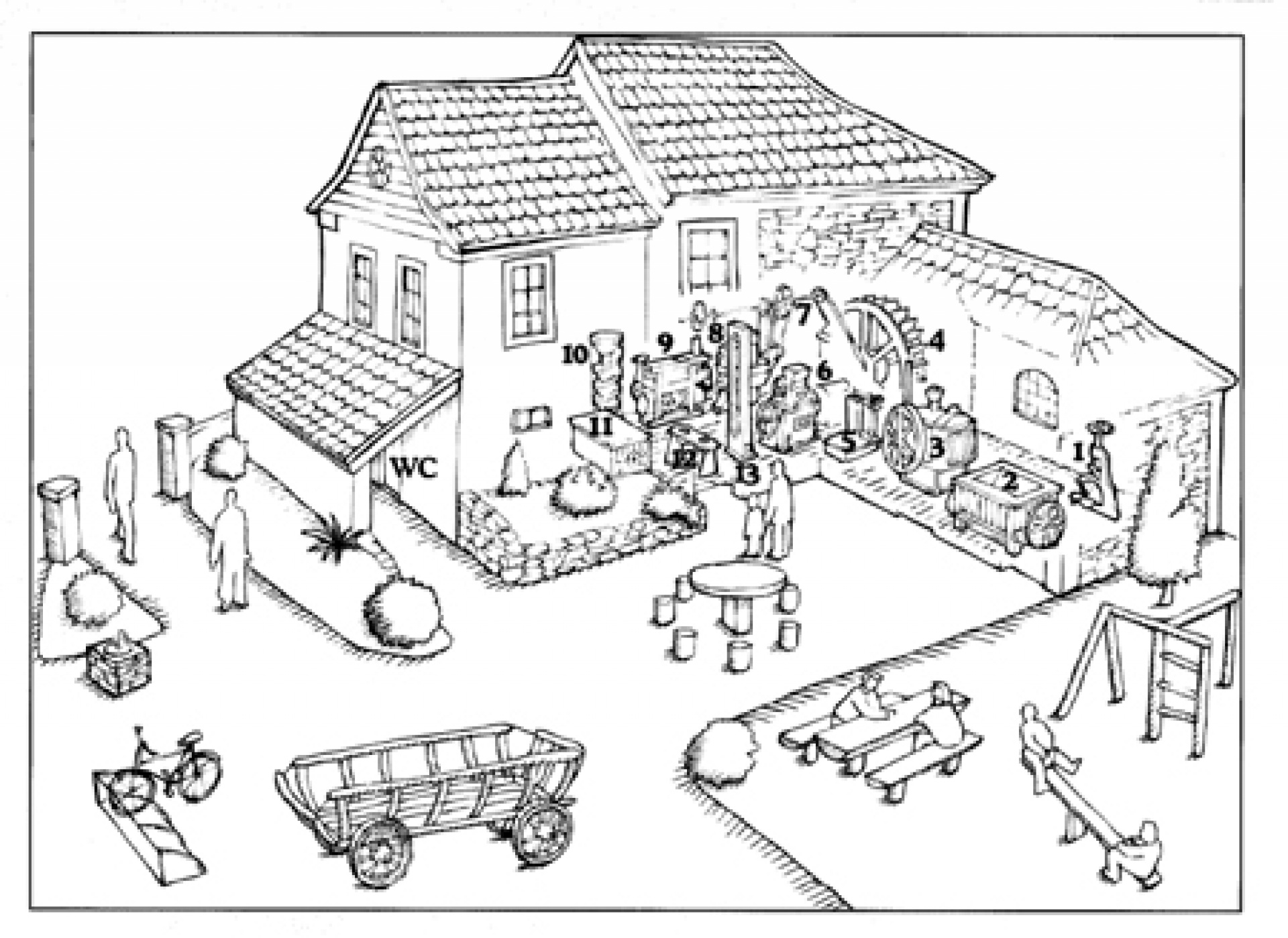 It is not allowed to take animals to the site!

The area of the Bakony–Balaton Geopark includes this exhibition site and its surroundings as well. 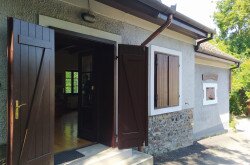 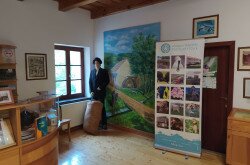 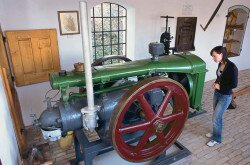 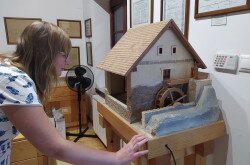